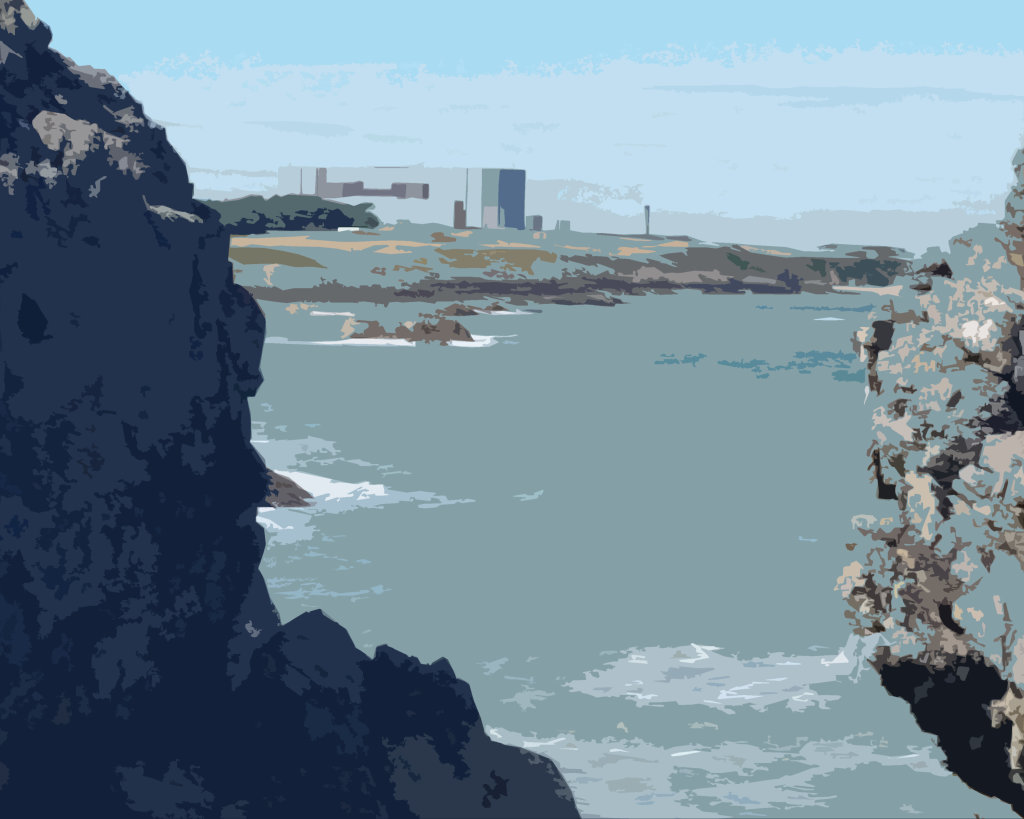 36 Views of Wylfa, after Hokusai

I am spending one month in Sapporo, Hokkaido island as a guest of S'Air.
So excited to be spending one month in Japan in October as guest of S'Air in Sapporo to continue my work on nuclear culture. I will be visiting various nuclear sites in Japan including a storage facility and Fukushima and making new work responding to them but I have also begun thinking about how I can make work to link Wales with Japan. There are big plans afoot to build a huge new nuclear power station right on my doorstep here at Wylfa and the company building it is the Japanese company Hitachi. I gather nuclear is highly controversial in Japan post Fukushima (more than is apparent here) and I want to explore feelings on both sides of the debate and bring it into my work.
My starting works are maybe a bit predicable in borrowing from Japanese popular prints but I like the idea that Wylfa might be a bit like Mount Fuji - an iconic, place with its own special powers - so I am working on a series of cutout images all featuring the landscape with Wylfa in the background. I would like to add vertical text in Japanese but will have to wait until I get there in order to get some help with that. This will then mimic the original signatures but also add to the meanings of the images in ways which will unfold. I have already got 100's of images that I am working on - one task is to cut them down to only 36, as in Hokusai's series.
Next
Previous